After spending forty years in the suburbs, Louis and Marcia Swartz wanted to move back into the city.

However, the Swartzes also didn’t want to live in a high-rise condominium — there were too many units, and they didn’t have the same amenities as a Manor Flat home. “One of the problems of getting a condo in Pittsburgh is that they most often come with only one parking space,” said Louis. “Each of these units has two parking spaces. It also has a very nice sized storage area.” The elevator comes in handy as well. They and their neighbors have purchased a shopping cart and luggage rack which they store in the garage and share as needed. 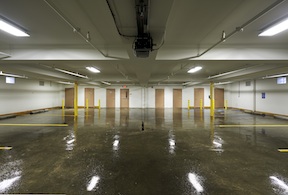 At Louis’ 50th high school reunion (coincidentally held at the Summerset at Frick Park Community Center), he reconnected with his former classmate Jill Balmuth and her design partner Jan Lott of J. A. Lott & Associates, and he and Marcia asked them to help design the home of their dreams. “The idea of starting over again, of being able to design our own place from scratch, really appealed to us.” Jan and Jill worked closely with Kacin Construction throughout the building of the home. “They were very accommodating through this entire process and I had a very positive working relationship with them,” said Jan. “I’d recommend them to anybody.”

Although they wanted the low-maintenance lifestyle of a Manor Flat, the Swartzes also needed a home that could accommodate their children and grandchildren. This Thanksgiving, their two children each brought their families of four home for the holiday, and there was plenty of room for all. “Although we have fewer rooms, we have more space,” said Louis. “We had enough area for everyone to be comfortable,” added Marcia.

Both Marcia and Louis have favorite places in their new home. Marcia’s favorite room is her den. “It’s small and cozy and affords me the opportunity to gaze out the window at the river and the Amity Train pass by with its whistle blowing,” she said. “I can see the smoke coming up from the steel mills and see beautiful sunrises in the morning.” Louis loves his bar and the multi-directional master shower, which he calls “my small carwash.”

Marcia and Louis love to take walks around their new neighborhood, socialize in the community center, and shop in Squirrel Hill and at the Waterfront, which are quick trips from Summerset at Frick Park. But most of all, they are thrilled that they have created a home they love and that their family loves. “It’s a place of contentment,” Marcia confided. “We’re just really, really happy here.” 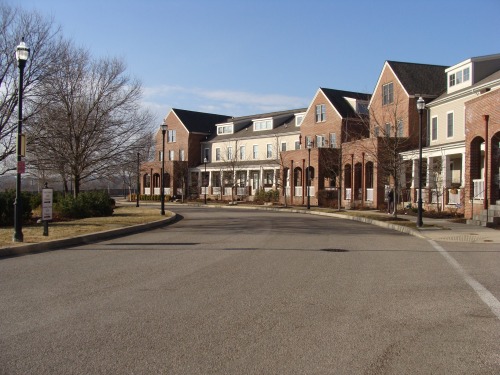 You may have seen in the news that Pittsburgh’s new Mayor Bill Peduto has been blitzing potholes all around the city whenever there’s a break in the weather. According to Pittsburgh Operations Director Guy Costa, before the latest blitz the city received 1,366 requests to fill potholes in three days. Not one of those requests came for the streets of Summerset at Frick Park. Why? Because there are no potholes.

That’s the beauty of living in a new neighborhood. Unlike our neighbors around the city, our streets were created with modern drainage systems in place, radically reducing the amount of water that remains in the pavement which causes it to expand and contract with changes in temperature.

When summer finally gets here, you won’t see Duquesne Light crews out repairing electrical wires knocked down by storms, either. That’s because when building Summerset at Frick Park, we buried all the electrical wires, including fiber optic telephone and internet lines, underground. Experience the best of modern technology in Summerset at Frick Park, Pittsburgh’s new traditional neighborhood. 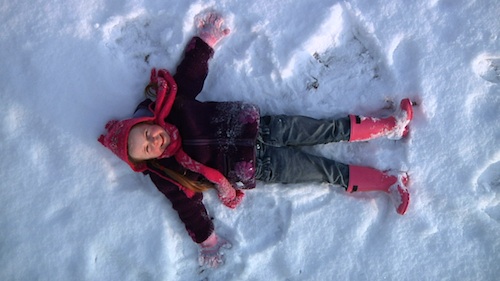 With all the winter outdoor activities close to Summerset at Frick Park, there’s no excuse for spending all your time indoors.

Frick Park, which is right next to Summerset at Frick Park, is known for one of the best sledding hills in the city. Following a big snow, you can see sledders lined up along Beechwood Blvd, waiting their turns to go down the steep open hill that leads to the nature trails. Cross country skiers and snowshoers also enjoy exploring the many walking and biking trails that transverse the park. Even when there isn’t enough snow for sledding, snowshoeing and skiing, many residents enjoy taking hikes and winter bike rides along the trails.

Dogs are welcome on leash throughout the park, but they especially love the Off-Leash Exercise Area located about a half mile past the Blue Slide playground on Riverview Trail. Water fountains (and bags for waste disposal) are available all along this trail, making it a great place to bring dogs.

Perhaps the best-known city winter activity is ice skating at the Schenley Skating Rink. Open throughout the winter, the rink offers daily skating sessions, including family skate night on Thursday evenings and several adults-only evening skates per week. There are also several special skating events through the season: Skate with Santa, Mascot Skate and Valentine’s on Ice. Children’s lessons are also offered.

Looking for things to do with a group? Venture Outdoors offers a wide variety of local activities from learning to snowshoe, easy winter walks to vigorous hikes. Many of their events are open to families, and some are also open to dogs. They also offer many excursions to the surrounding state parks.